Press enter to begin your search

The education experience should be positive and constructive. Education is the silver bullet that enables personal development and is a fantastic tool which enables everything from scientific progress to social mobility. Educational institutions are unique in the influence that they have on the minds of young people, from the first year of primary school to the post-graduate student. 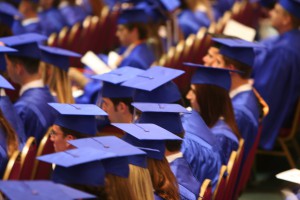 Schools, colleges and other academic institutions are also places where disputes can arise very suddenly, and can become entrenched very easily. At Hampshire Mediation we specialise in working with all manner of academic institutions to resolve difficulties, reach consensus smoothly and map out paths to the resolution of disputes which can be adopted by all the participants to a dispute.Uniquely amongst organisations, schools, colleges and universities have a level of complexity amongst their stakeholders which is not shared elsewhere. A typical business enterprise may have managers and owners, the workforce and customers, all of whom have distinct needs and aspirations. In an academic institution there will be the governing body, the educational institution’s management team, the academic staff, the non-academic staff, the students and the students’ families. Each of these groups will have interests and opinions, and those positions may not, at first sight, be reconcilable.Traditionally, the school, college or university would resolve any dispute by arbitration – what they said went. An adjudicative body sat, heard evidence or opinion, and then handed down judgement, clearly splitting the winners from the losers. More recently, however, this heavy handed approach is being replaced by a more collaborative approach to dispute resolution.Disputes can arise between any of these groups, or between one set of groups and another. Some academic institutions address these challenges by having members of staff trained in dispute resolution, but others have found that having an ‘in-house’ mediator is not always effective because the mediator, who of course works for the school, college or university, may lack the appearance of impartiality, and there can be a danger than one participant in the mediation will harbour the suspicion that an in-house mediator will seek to act in the way in which the institution’s management team wants.At Hampshire Mediation we work entirely impartially, representing the interests of no party but rather working with all interested parties to deliver an effect resolution to a problem. The issues we routinely assist with include disputes between students and the college, between parents and schools, between members of the student body, between colleagues within a school, college or university, and between departments or groups of employees. The subject matter can range from behavioural difficulties and interpersonal differences to deeply rooted and complex issues over harassment, bullying, diversity, equality and access to services. No two cases are ever alike.At Hampshire Mediation we believe passionately in education as a fundamental right, and as an invaluable part of the development of people, communities and even nations. In recognition of the importance that we place on education, we offer reduced fees to schools, colleges and universities seeking assistance with dispute resolution.

We frequently get asked what the process of mediation feels like from the point of a view of a participant.

Although there is some information available on this site, it is a difficult question to answer briefly.

Our office hours are 8.30am to 5.30pm Monday to Friday, excluding Public Holidays.